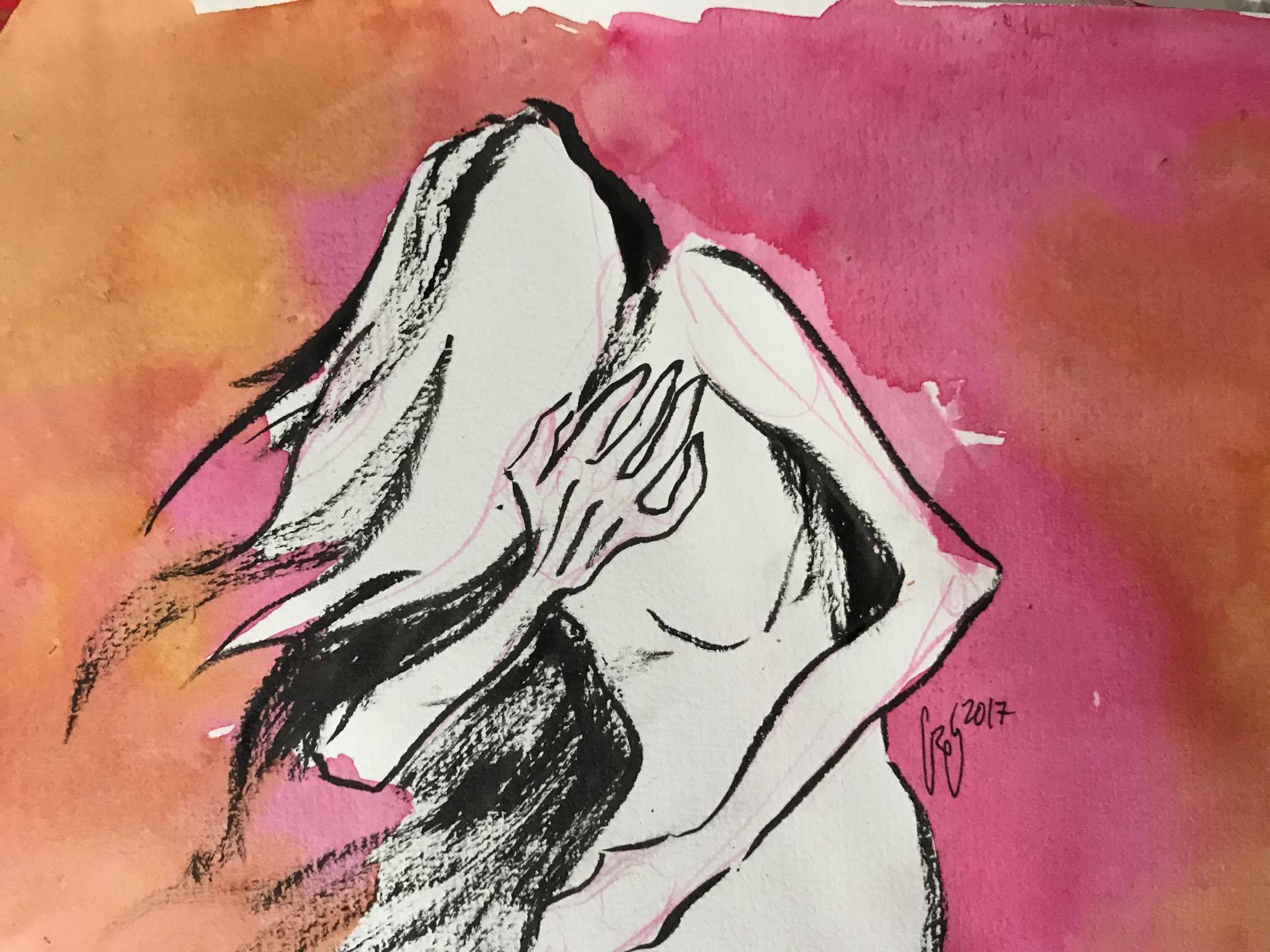 Aries
[The 1st sign of the zodiac; determined, impulsive, headstrong, driven and ambitious]

“You’re free to go home, Joanne,” Joel informs her. “The charges against you have been dropped.”

Joanne nearly collapses to the floor with the news. Joel tries hard to hold her up. “I don’t understand…” she stutters.

“Thomas Helling walked into the courthouse just moments ago and gave himself in,” Joel explains. “He’s just been charged with the murder of Kyle Cook.”

“How do we know you’re telling the truth?” prosecution barrister, Virginia D’Amor, interrogates Thomas Helling. “How can we believe that you were responsible for murdering Constable Kyle Cook?”

Thomas Helling closes his eyes and takes a deep breath. He knew that it would eventually all come to this. He could never let his own sister take the blame for what had happened. Joanne Evans may have been the one that had actually killed Kyle Cook, but Thomas knew that he had to take responsibility for the events that had unfolded. He had allowed himself to be brainwashed by Kyle and the least he could do was help his sister.

“Show us what?” Virginia D’Amor asks.

“I can take you there,” Thomas informs the prosecutor.

“Take me where?” Virginia is growing impatient.

“I will show you proof of my involvement.”

Michael Anders pulls his car up to the kerb, pulling the keys out of the ignition. “I think this is the place.”

“Are you sure?” asks Valerie Pickering, who sits opposite him in the passenger seat.

“I found the address among Amber’s belongings.”

“There’s only one way to find out,” Valerie says, starting to the open the car door.

“I just don’t understand!” Michael suddenly shouts. Valerie instinctively pulls the door closed. She looks around to see if anyone has heard them.

“I mean,” Michael contemplates, “if Amber’s husband had been killed, then who was that at the hospital? Who did she drive off with?”

“Your guess is as good as mine.” Valerie shrugs. “Maybe this place will give you some answers.”

Michael nods, stepping out of the car and approaching the front door of the house they had parked in front of. Michael knocks on the front door as Valerie rests a hand on his shoulder, a sign of her show of support.

After a few seconds, the front door opens to reveal a woman with dark hair. At first Michael thinks he recognises Amber Harp, but quickly realises that, though the woman has the same eyes as Amber, it was not his lover. “Olivia?” Michael asks the woman.

“Yes,” the woman in the house replies, seemingly unsure of the uninvited guests at her front door.

Thomas Helling walks along the forest track. His hands, both handcuffed in front of his body, make his stride uneasy as he tries to navigate the uneven ground. His balance is being tested like never before.

Behind Thomas, prosecutor Virginia D’Amor steps gingerly. She realises she should have changed her clothes before attempting their venture into the national park surrounding the town of Peppercorn Patch. She pulls off her dark blue business jacket as she begins to build up a sweat.

“Just around the corner here,” Thomas calls back.

As they round the corner of trees, the five policemen escorting the duo surround Thomas. He lifts both of his handcuffed hands and points his right index finger towards some shrubbery and bushes. “In there,” he says.

Virginia D’Amor steps timidly towards the bushes. She pulls on some latex gloves as she manoeuvres her way across the uneven ground. Using some branches she finds lying on the ground, Virginia pokes her way through the undergrowth. The woody plants scratch her bare arms as she tries to shield her face. As she gets closer, she suddenly sees it.

Virginia covers her face in horror.

“I killed him,” Thomas explains. “There’s my proof that I’m a murderer.”

“Who are you?” Olivia snaps.

“My name is Michael Anders. I’m a police officer based in Peppercorn Patch.”

“What’s this about, then?” Olivia says, annoyed.

“Have you seen your sister, Amber Harp?” Michael asks.

“Yes,” Michael explains. “We have reason to believe she may be in danger.”

“Danger?” Olivia seems confused. “How so?”

“She was in Peppercorn Patch recently,” Michael explains, “covering the murder of Richard Evans for her story…”

“I know,” Michael says, trying hard to explain the situation, “but she was attacked.”

“What?” Olivia puts a hand to her forehead, screwing her face up in disbelief.

“Please believe me, Olivia,” Michael urges. “Your sister was attacked. Not long after her attack I have reason to believe she was abducted by someone claiming to be her husband, Steven Harp.”

Joanne Evans forces the front door of her aunt’s house open and rushes inside. Doctor Joel Prasad follows, entering the house with a small bag of clothes and toiletries.

“Cathy?” Joanne shouts into the house, almost sounding too eager.

Joel places the bags down on the floor and rests one of his hands on Joanne’s shoulder. “He’s been well looked after.”

Cathy Gilmore had moved into Joanne Evans’ aunt’s house not long after her husband, Mark Gilmore, had been killed in the bombing of The Grand Hotel. All three women had felt they had lost everything – Cathy had lost her husband; Valerie had lost her business; and Joanne had almost lost her freedom.

But one thing had kept them all going.

One thing had kept them all alive.

“Where is he?” Joanne calls out again, impatiently.

From the lounge room, Cathy Gilmore strides towards Joanne. Walking next to her, finding his feet uneasily, walks an 18 month old toddler.

Joanne kneels down to the floor, stretching her arms out and allowing a stream of tears fall down her face.

The toddler looks at Joanne timidly at first, holding onto Cathy’s leg, unsure.

“Come and give mummy a hug!” Joanne sings out as Ricky runs to his mother, giggling with glee.

Four months after the Day of the Wedding

“Joanne,” Constance Helling whispers, waking the sleeping patient. “Do you know what day it is?”

“Huh?” Joanne rubs her eyes as she wakes up.

Constance sits on the Holgate Bedlamites hospital bed next to Joanne. She places an envelope on Joanne’s lap. “Your test results.”

“My test results?” Joanne is perplexed.

“Remember, you wanted to be tested for Huntington’s Disease.”

“Open it in your own time,” Constance says, referring to the envelope with the test results.

Joanne Evans lies in her own bed for the first time in six months. She is so happy to be at home, surrounded by loved ones. She will be forever indebted to her best friend, Cathy Gilmore, for looking after her son, Ricky, while she was locked away in prison awaiting trial for the murder of Kyle Cook.

She rests her head on the pillow, looking over at Ricky sound asleep next to her. The infant makes a slight snoring sound as he rests his head close to hers. How she longed for this moment for months. Finally she was home.

Joanne stares at the ceiling. How had Thomas managed to convince them of his involvement? Joanne thinks to herself. She didn’t like the thought of her brother being locked away for a murder he didn’t commit, but was grateful for his sacrifice. It meant that she could carry on with her own retribution.

Her biological father, Doctor Peter Smith, had been acquitted and let free. She had to find him and stop him before he managed to destroy any more lives.

Joanne’s index finger rips through the yellow envelope as if in slow motion. Joanne breathes heavily as she pulls out the test results. She had been holding on to them for so long in the fear the results would destroy her.

Joanne skims through the results, trying to determine what is written on the piece of paper in front of her.

Joanne holds her breath as she reads the results. Negative to Huntington’s Disease.

A tear falls down her cheek. She is suddenly feeling overwhelmed.

Joanne reads down the report further. She doesn’t quite understand. Another test? she asks herself.

Yes, the Holgate Bedlamites hospital staff had conducted another test. A test that Joanne didn’t even know about.

Joanne pants heavily, holding her chest as the test results flutter to the bedroom floor.

Joanne feels as though she can’t breathe.

The room spins as Joanne continues to clutch her chest.