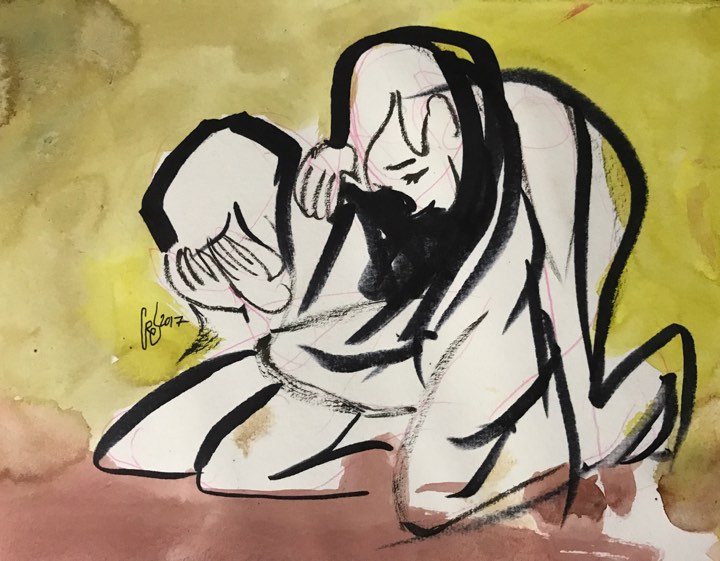 Taurus
[The 2nd sign of the zodiac; cautious, practical and purposeful]

“Yes, only you probably didn’t recognise her.”

“What are you saying, Heather?” Constance’s head is spinning.

“Joanne is in grave danger. Phoebe is not herself.”

“Everyone is in grave danger. Phoebe is ill and needs help,” Anna-Maree continues. “We need to find Phoebe before it’s too late.”

“What has she done?”

“She’s out for revenge,” Anna-Maree finally explains. “Phoebe is out for revenge of anyone that stands in her way – only she’s not referring to herself as Phoebe any longer.”

“Not herself,” Constance nods in understanding.

“My daughter needs help. When was the last time you saw Melody Walker?”

“Yes,” Anna-Maree says. “That’s what I’ve been trying to tell you!”

“Nobody has seen her since the explosion at The Grand Hotel,” Constance informs Anna-Maree.

“I can tell you now that she was probably the one responsible,” Anna-Maree says.

“But why?” Constance asks, unsure.

“She’s not well, Constance. She needs help. She’s out for revenge!”

Constance lowers herself to the ground, still trying to understand the news she has just been given.

“I know it’s hard to understand,” Anna-Maree continues, “but Phoebe faked her own death. She never was quite the same after her operations to save her. The brain tumor left her damaged.”

“How did you know she was here?” Constance asks.

“I read an article in The Holgate Times about The Poetry Predator,” Anna-Maree explains. “It detailed some other incidents that had occurred, such as the shooting of a park ranger in hospital, the suspected poisoning of a nurse and then, finally, the explosion at The Grand Hotel. I knew that Phoebe had to be involved.”

“She has to be stopped before she hurts someone else,” Constance says.

“That’s why we need to find her. That’s why I’m here. And that’s why I need you to tell me the truth!”

Constance looks up at Anna-Maree, a feeling of guilt suddenly wrenching her whole body.

“Please believe me, Olivia,” Michael Anders urges. “Your sister, Amber Harp, was attacked. Not long after her attack I have reason to believe she was abducted by someone claiming to be her husband, Steven Harp.”

Olivia takes in a deep breath, closes her eyes and then exhales. “Amber is safe,” she says quickly.

“My sister and her son, Drake, are both safe,” Olivia confirms.

“What do you mean? Where are they?” Michael is incredulous.

“Look,” Olivia says, peering around the neighbourhood outside and lowering her voice. “I’m not supposed to be telling you this…”

Michael Anders and Valerie Pickering both move in closer to Olivia, trying hard to hear what she is about to tell them.

“…my sister, Amber,” Olivia continues, “is currently in witness protection with her son.”

Michael stares at Olivia, the sudden realisation of events hitting him.

“Her investigation into Doctor Peter Smith’s fraudulent activities was getting too close for comfort. After the attack on her life, she needed to be put away for safe keeping.”

“She was putting herself in too much danger,” Olivia explains. “She needed to be extracted.”

Behind Olivia, in the doorway, a man suddenly appears. “Is everything okay?” he asks.

“No,” Olivia says. “This is my husband, Andy. He helped to extract Amber.”

“I was there, I know,” Michael says. “But why would Amber think that Andy was her husband, Steven?”

“She was so confused after the attack,” Olivia explains. “She’s still getting her memory back, and she’s still having seizures.”

“I want to see her!” Michael suddenly demands.

“I want to know that she’s safe!” Michael says, becoming emotional at the thought of his lover being alone.

“You’re going to make a wonderful mother,” the midwife, Constance Helling, tells Heather Strong, handing the baby over to her.

Heather Strong looks at the baby girl in her arms and starts to cry. “She’s beautiful.”

“She looks just like you,” Constance informs her. “She’s got your nose.”

Heather Strong laughs. “She’s too small to have my nose.”

Constance giggles to herself. “Too true. She is way too small to have your nose. But I’m sure one day she’ll look just like you.”

“That’s why we need to find her,” Anna-Maree declares. “That’s why I’m here. And that’s why I need you to tell me the truth!”

Constance looks up at Anna-Maree, a feeling of guilt suddenly wrenching her whole body. “The truth?”

“You know what I’m talking about Constance!” Anna-Maree shouts. “Where is the birth certificate? You know what I’ve been looking for this whole time!”

Heather Strong carries her newborn daughter out of the Peppercorn Patch hospital and approaches the car where her husband has arranged to pick her up. She opens the door and secures her daughter into the baby capsule in the backseat of the car.

“It’s going to be so sad to leave this place,” Heather says as she joins her husband in the front of the car. “We’ve made so many good friends here.”

“There’s no work for me here,” Christian Strong reminds his wife. “We need to go to Holgate so I can get a proper job to look after my family.”

“I know,” Heather says, placing a hand on her husband’s knee. “I know you want to look after your new family.”

“It was a simple mistake,” Constance says. “By the time I realised what I’d done, it was too late. There was no way I could do anything about it.”

Heather Strong had lived in Holgate for ten years with her family before her daughter became ill. Phoebe Strong was 10 years old when she was diagnosed with a brain tumour. She had been showing symptoms for a few months before her mother finally took her to a doctor to be looked at.

“We’ve run some blood tests,” the doctor said to Heather and Christian Strong. “I’m afraid they show some inconsistencies.”

“What do you mean by inconsistencies?” Christian Strong asked.

“Is Phoebe adopted?” the doctor asked.

“No, I gave birth to her!” Heather replied, scoffing at the doctor’s questioning.

“I don’t think that’s possible, given these results.” The doctor looks at the couple, confounded.

Constance Helling tries to control her sudden outburst of grief. Anna-Maree Axe, once known as Heather Strong to Constance, kneels down next to her.

“I need to know the truth once and for all,” Anna-Maree says. “What happened?”

Constance takes in deep breaths, trying to control her sobbing.

“So much was going on that night,” Constance reflects. “Annette Pickering had just died during childbirth and you were giving birth at the same time…”

“I got confused and mixed up the babies,” Constance begins to sob again uncontrollably.

“Joanne Evans,” Constance continues to cry, “is your real daughter!”